Journalism fulfils a variety of functions. Its primary purpose is to inform the public. It’s an open media, which means it’s intended for the entire community or public. When a journalist reports information – or delivers a message – that information is made available to everyone who wants it.

As a result, journalism is an important part of a democratic society. The more free a society is, such as the United States, the more news and information it has access to. Citizens are generally well-informed about issues that affect their communities, government, and day-to-day interactions. North Korea, on the other hand, has only limited access to independent news sources and nearly no Internet access. The official Korean Central News Agency, which primarily reports on pronouncements from the political leadership, provides the great majority of news and information. Citizens are left with only one, filtered perspective.

In journalism, this form of bias is a major problem. Journalism is built on impartiality, which means that journalists must make every attempt to convey news and information without allowing their biases to impact the storey. There’s a widespread understanding that journalists, like everyone else, have personal and cultural prejudices. Many of these prejudices are unconscious, and they might be favourable, negative, or neutral. Some prejudices are even regarded to be pervasive throughout an organisation. Many individuals believe Fox News is biassed in favour of the Republican Party, whereas MSNBC is biassed in favour of the Democratic Party.

There was a strong effort toward greater objectivity in journalism in the early 1900s, particularly in the 1920s. Experts argued for a systematic procedure for testing material that more closely resembled a scientific method after years of political propaganda and reporting based only on’realism.’

After flames ripped through an East Dallas apartment complex, one victim was rushed to Parkland Hospital’s Burn Center.

Journalism is a type of communication, but it’s not the same as the others. It’s unique in that it’s a one-way message from the journalist to the audience. It’s one-of-a-kind because the message isn’t based on the journalist’s personal experiences or opinions. Instead, the journalist serves as a conduit, delivering an impartial tale about what happened or is happening based on his or her observations and findings. This style of narrative can take a variety of forms, such as:

Reporting is how journalism tells its stories in a unique way. Simply said, reporting is the act of conveying the facts of a narrative. The journalist conveys facts about the experience even in editorials and reviews. It is still journalism whether the storey is analytical or interpretive. Interviewing, studying, examining, documenting, assessing, and researching are all examples of reporting. The five Ws are widely taught to new journalists, thus you’ll find that most pieces of journalism feature some or all of them: 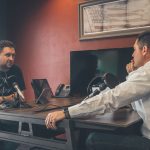 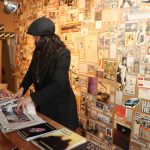