Journalism is the act of writing about current events for all types of media, including print and non-print. It’s also the time-consuming process of gathering data, sifting through it, revising it, and placing it in context. The journalist is always involved in the selection and presentation of what he or she deems to be significant, as well as in upholding the journalistic ideal of truth and honesty. Journalism covers a wide range of topics, from “hard” news such as politics and public affairs to “soft” news such as human interest and celebrity tales. Journalism now also conveys lifestyle messages, medical updates, weather, science, education, and a variety of other topics.

However, before news can be printed on paper or read from a teleprompter, it must be written by a single person. This person is most likely a journalist who has been trained in the skill of writing for news organisations. This is due to the fact that journalistic writing is unlike any other type of writing. Journalism is a multi-step process that begins with obtaining news from the local, national, or international population and concludes with it being distributed through a variety of media platforms. Radio and television, newspapers and magazines, and, of course, the ever-present and pervasive Internet are all examples.

The bulk of the world’s population relies on journalism to keep up with current events. Journalists serve as the typical person’s eyes and ears, as well as their mouthpiece, which isn’t always useful. One thing is certain: journalism is a rapidly growing field. But, what kind of people are journalists, exactly? You might be surprised by the response. To begin with, the vast majority of journalists are white guys. Minority journalists are estimated to make up roughly 12% of all journalists working in the media. This has been the case since the late 1970s, despite the fact that most news organisations claim to want to diversify their newsrooms. A journalist’s writing ability must also be above ordinary, if not superb. This is not a skill that most individuals are born with, but rather one that must be acquired and perfected. It is a skill that requires hundreds, if not thousands, of hours to master.

As a result, if you want to pursue a career in journalism, you should expect to spend a lot of time alone with your pen and paper or word processor, honing your ability to construct words and ideas that are interesting, intriguing, and thought-provoking.

Before we go any further, let’s define what the term “news” means. News, in its most basic form, is a recounting of an event, an opinion, or a fact that will pique people’s interest. The storey is frequently about a recent occurrence, and it avoids libel or dishonest slandering of another person. When a journalist determines whether or not information is noteworthy, he or she usually applies a set of criteria. To begin with, the events that take place closest to the recipients of news are frequently the most interesting. People may be moderately interested in what is going on on the other side of the planet, but they believe it has little bearing on their own lives.

It could be beneficial for a new journalist to learn more about the many types of print journalism. Newspapers, magazines, and books are the three basic types. International, weekly, Sunday edition, national, local, tabloid, and broadsheet newspapers are all available. Newspapers are also distinguished by their circulation figures: the higher the number, the higher the advertising revenue, and the more influential the publication. 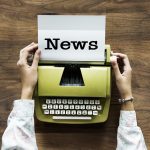 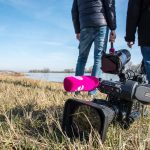