Whether Scientology is a cult is open to some minor debate, but it is strange that even though Narconon is actually based on Scientology’s teachings, follows Scientology founder L.Ron Hubbard’s writings as his philosophical guide, and uses educational material straight from Scientology’s texts, they never publicly acknowledge relationship with Scientology.

Narconon offers a great web presence, and any search for an addiction or drug treatment topic will bring up hundreds of pages that Narconon produces, and often on the first and second pages of Google. These pages will sometimes identify as Narconon and sometimes not, but never will they reveal any affiliation to Scientology.

Narconon hides his affiliation with Scientology for three reasons.

1. Many people don’t know much about Scientology, but they have heard negatively about it and heard jokes about it, and admitting a link to Scientology would in some ways discredit Narconon before they have a chance to persuade you about the “right” teachings they.

2. Narconon and its affiliated organizations strive to gain access to schools, government programs, and other public places. They offer free seminars, offer free literature and other perks to try to attract cash-bound public organizations to accept their voluntary contributions for the greater good. If they are upfront and honest about their relationship with Scientology they will be less fortunate to gain access to school children and other people for their indoctrination.

There is no doubt that Narconon operates as the direct and active arm of the Church of Scientology, but can you imagine a Christian-based rehabilitation hiding its affiliation with the Christian church?

If nothing goes wrong (read what’s wrong with Narconon) nothing is hidden, and the fact that Narconon goes to great lengths to protect his true identity and protect all information about his treatment and success rate (claimed at 80% or better, is confirmed independently at 7%) with such a zeal should certainly raise serious questions about its legitimacy as a care organization.

For so many reasons, if you need drugs or alcohol, don’t consider Narconon doing rehab. 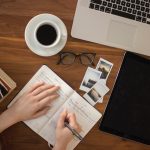